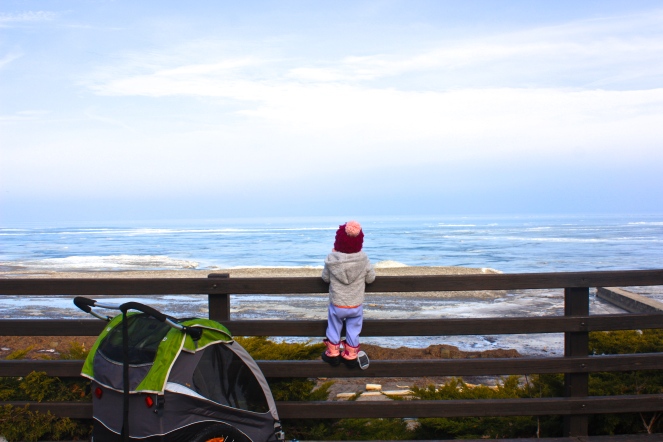 Yesterday started out such a wonderful day! The weather was beyond perfect and after months on the drudged treadmill I took the kids out for a lovely run to the park.  The water was breathtaking, the sun was peaking through, the bird were chirping, everything was love, kisses, and happy muddy shoes. 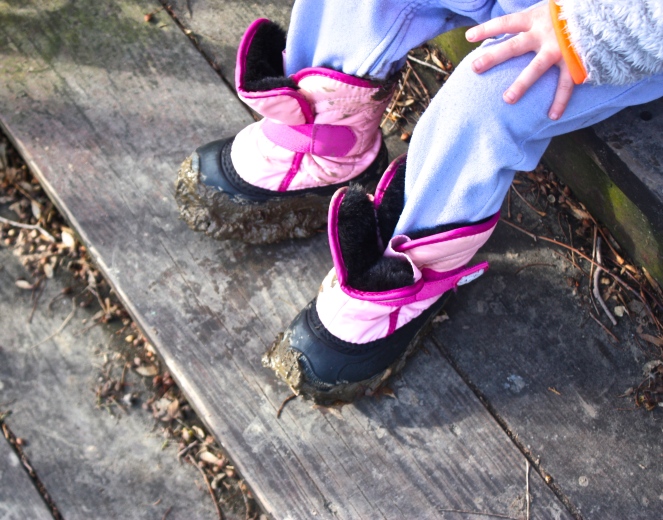 As we were walking up the grassy hill back to the stroller my foot landed in just the wrong place. I immediately felt the pain in my knee and it didn’t take long to realize I could not stand on the leg. I called Jackson, who thankfully wasn’t too far off. To lure Boston into staying by me I let her play with my phone, where she took this picture:

After what seemed an eternity to me, Jackson finally arrived, and we immediately headed to the doctor’s office. We had started off right after breakfast that morning with the kid’s in pajamas and me without a shower, coupled with a sweaty run. I knew I must smell and the only thing I could think was thank goodness I had brushed my teeth. I noticed both children had dried snot faces and Boston had greasy spots all over her tangled mop of hair from her “styling” it with her dad’s hair wax before we left.

The next few hours were made up of examination, x-rays, lots of waiting room time, first silliness and then meltdowns, pretzels, crackers, ice cream, stickers, and lollipops. At one point a pretzel somehow found its way in the bottom of Boston’s footsie pajamas and the only way she figured to get it out was to strip down and then of course run around squealing with delight. We threw a diaper on her before I snapped this shot. 🙂

I tore my meniscus beyond repair, due for a surgery in the next few weeks. I have a very high pain toleranceyet spent the majority of last night in tears. I am unable to hold my babies. I can’t even bring a glass of water to the table! Something I took for granted for so long. How I will never do so again!

I thought about my lovely knee, wishing it to be better, and realized how much it can be compared to motherhood. How often moms find themselves banged around, cut up, bruised, and sometimes just plain forgotten, but where would this world be if it was not for them?

Many may never recognize the mother’s contribution to society until she is back doing a “real job.” However, without the moms, there world be a lot more pain and crutches involved. So hang in there mommas! You may not receive a Nobel Prize or take home the Grammy, but know you are priceless, incomparable, worth more than even you yourselves will ever realize; an irreplaceable character in the lives of the ones who matter the most. 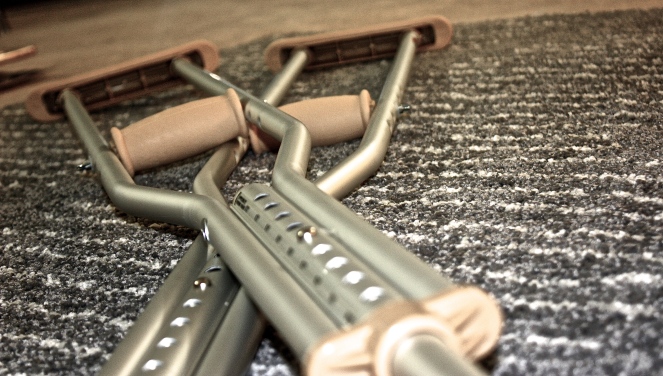 I love to hear your thoughts! Cancel reply